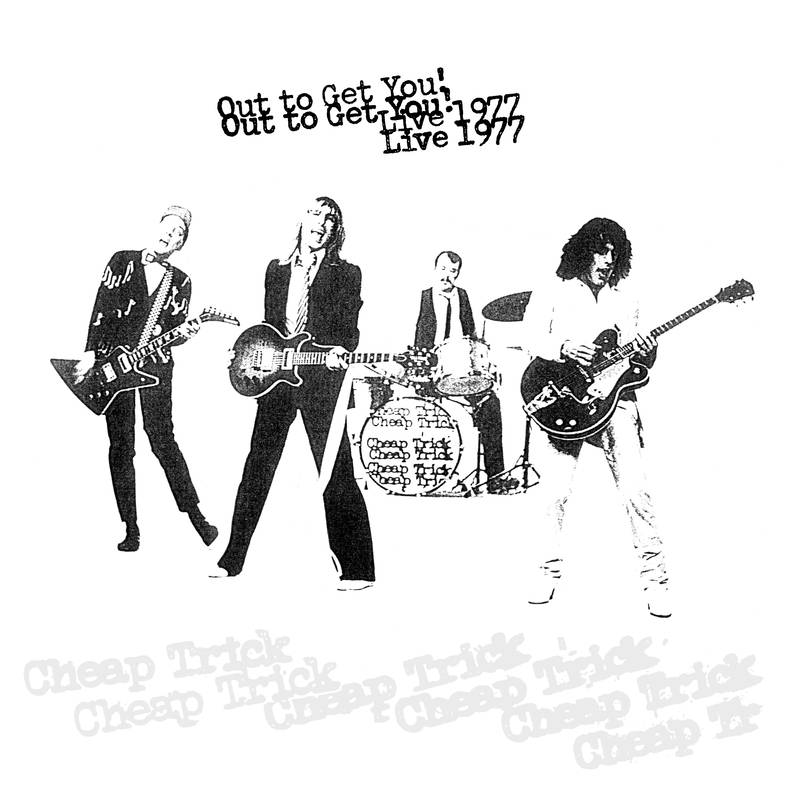 Cheap Trick were one of the best rock bands to emerge in the 1970s but also one of the most confusing, both musically (a combination of power pop and aggressive hard rock) and visually (two dreamboat rockers and two ridiculously attired misfits). And even at their peak, with classics songs like “Surrender,” “Dream Police,” “Southern Girls,” and “Elo Kiddies,” that unevenness often carried over to their albums, which could be too soft or too hard, too overproduced or too schizophrenic, too Beatles or too Alice Cooper.

But onstage, it all made sense. Robin Zander, “the man of a thousand voices,” could coo sweetly or scream maniacally; Rick Nielsen dressed like a cartoon character but played virtuoso trash guitar and wrote everything from brooding ballads to angular-riffed anthems; Tom Petersson’s thundering bass meshed with the unexpected power of the mild-mannered-seeming Bun E. Carlos’ drumming. In concert, the group’s perplexing image worked in their favor: Nobody, especially America’s denim-clad mid-‘70s minions, expected such an odd bunch to rock so ferociously. The fact that their global breakthrough came with 1979’s “Cheap Trick at Budokan,” a fluke hit live album that was initially released only in Japan, reflects not just the oddness of their career but also how difficult it was to capture their explosive onstage energy in the studio. It also made them one of America’s biggest bands.

Recorded at the famously sleazy Whisky a Go-Go in L.A., the two June 1977 concerts culled for this special Record Store Day release capture the band at the beginning of that trajectory, as they gradually transitioned from supersonic bar band to arena act (they spent the entire summer after these dates opening for Kiss). Though not as well-honed as “Budokan,” the 22-song “Out to Get You” captures a young and hungry Cheap Trick roaring through a gloriously raucous set that includes most of their first two albums and a pair of songs from “Heaven Tonight,” as well as their trademark cover of Fats Domino’s “Ain’t That a Shame” and three excellent stray tracks from their early career that wouldn’t see release for years or even decades (“Loser,” “Oh Boy” and “Can’t Hold On”).

The band’s legendary ability to win over a crowd is palpable on this album: The audience loves them, even though more than half of the songs were completely unfamiliar (and in a couple of spots, the band sounds a little unfamiliar with the new songs too). Also, Zander’s voice strains on a couple of songs — a rare occurrence for one of the best rock vocalists of his generation — likely because the band was in the middle of recording their second album. (Singing full-throttle all day and night takes its toll, even when you’re 24 years old.) But those are minor complaints.

“Out to Get You” is not the place to begin one’s Cheap Trick experience, but fans have been clamoring for these recordings to be released for years — there are five more great songs from these shows on the boxed set, “Sex, America, Cheap Trick,” and anyone seeking even more should check here and here and here. At a time when we’re all painfully deprived of live music, there are few better placebos than hearing a legendary rock band just beginning to take flight.