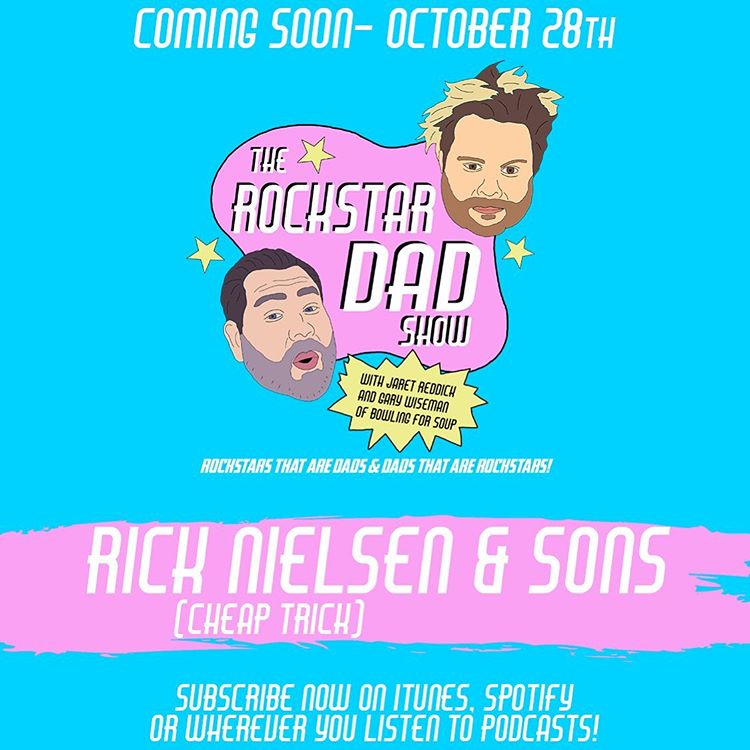 The Rockstar Dad Show is inviting a rockstar family to the air this week! Listen in as Rick, Miles, and Daxx Nielsen join Jaret and Gary for a conversation.

As the lead guitarist of Cheap Trick, Rick Nielsen has lived an interesting life and his sons have followed in his footsteps with their own careers in music. Daxx is a drummer who’s played with many bands over the years, including with Cheap Trick. Miles is the frontman of a band called Miles Nielsen and The Rusted Hearts (more on that in a bit).

When the group calls in they look back at their history both personal and professional, from stories about Guns n’ Roses to family dynamics while touring. They also chat about The Nielsen Trust, quarantining with kids, being versatile with your music and more. Tune in and make sure you stick around until the end to hear “Hands Up” by Miles’s band!